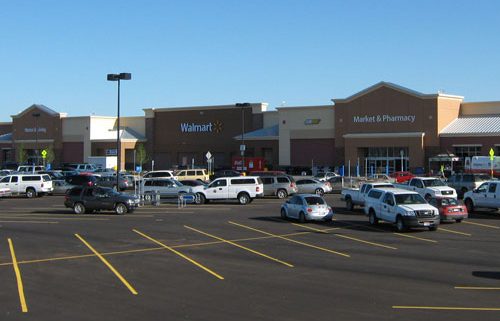 A 29-year-old has been charged after allegedly taking a cart full of items from Walmart and giving a police officer a flash name of the amount he took 386.16. The items that he took consisted of several frozen items, and household cleaning supplies. The officer said ” I told Ryker that I was going to give him one chance to tell me his real name without him being charged for false information, but he stated that he wanted to remain silent. I informed him that refusing to identify himself isn’t something that he should remain silent about but he still refused” The officer ran a name that he was given by Hughes through dispatch and the name came back with no returns.

Policy ultimately learned Hughes’ name and he was transported to the Bonneville County Jail. He is scheduled for a preliminary hearing on April 8, in Bonneville County Magistrate Court. According to east Idaho news”Ryker Hughes is charged with felony burglary and a misdemeanor for false information provided on their own identity or another’s to an investigating law enforcement officer.” According to East Idaho news “On March 26 at around 4:20 p.m., an Idaho Falls Police officer was called to Walmart on Utah Avenue for a report of a theft.”