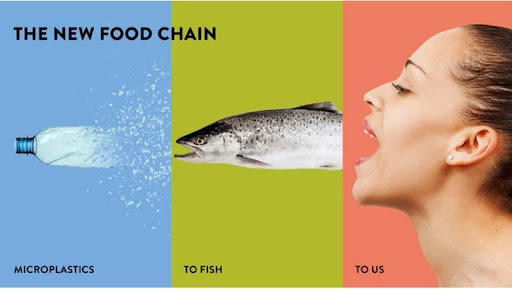 Throughout the years, increasing amounts of plastic have been disposed of in our oceans. Not only is it hazardous for the environment, but its inhabitants as well. Recently in a 2022 DW news report, scientists have found that 2,144 seabirds have died from plastic pollution. They are one of the biggest victims of the circumstances and 90% of them have ingested the plastic, resulting in them becoming grounded from the extra weight and dying. The plastic is hazardous and poisonous to the animals and it can’t be digested. Consequently, their stomachs fill with the substance, which inhibits them from getting the nutrients they need to survive.

Another unfortunate but well-known marine animal that suffers greatly from the plastic takeover is sea turtles. They more often than not mistake plastic grocery bags for jellyfish. Concomitant to the seabirds, they cannot digest the substance.

Plastic in the ocean doesn’t break down and dissolve, it simply continuously gets smaller. This plastic is called microplastic, it’s absorbed into the water and can be dangerous for us. It could possibly be in our drinking water already as the oceans have four times more plastic than any other year recorded in history. The water in the ocean absorbs certain amounts of CO2 to help keep our planet cool but with the increase in microplastic, the waters are struggling to do their jobs efficiently.

We as humans living on this planet need to avoid as many plastic substances as possible, especially styrofoam. Styrofoam is one of the most toxic materials floating in the water, it’s extremely dangerous to our marine life as well. Keeping our oceans clean and striving to make the earth a cleaner place should be a priority.