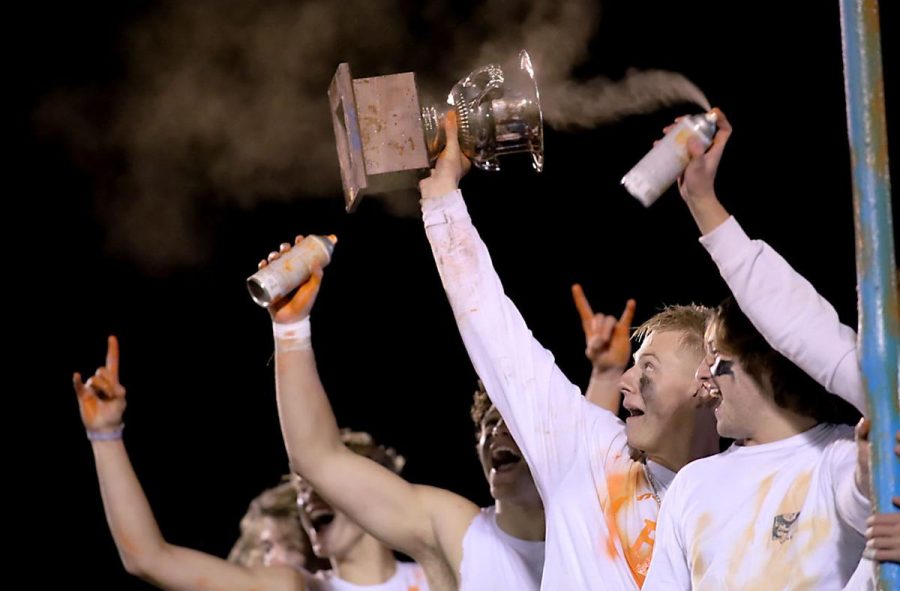 The Emotion Bowl, known to be one of the biggest rivalry football games in Idaho. Skyline High School vs Idaho Falls High School have played against each other every year since 1966. Since 2014, Skyline has had a winning streak of 7 years, until recently. On October 8th of 2021, the two football teams played against each other to determine another year of victory. Whoever takes the win in the end, gets the privilege of painting the goal posts their school colors.

This game in particular was very interesting. Both schools participated in school spirit by decorating their school, the football field, and their sides of the football stands. The game took place on a Friday. This was Idaho Falls year to declare the day of the game and they all agreed on Friday night. The stands were full by 5:30 pm and the game started at 7 pm. As the kickoff began, Idaho Falls took the first touchdown on the second play of the first quarter. Then they kicked a field goal to complete the touchdown making the points 7-0. Then the Skyline Grizzlies got a forced punt on the fourth down, leaving the IF tigers with the ball again. IF drove the ball down the field and at the fourth down, they kicked a field goal making the score 10-0.

Then the Grizzlies took over scoring a 1 yard touchdown, and on their next drive scoring another touchdown. One after another Skyline took the lead with a score of 27-17 leading into halftime.  On the second half of the first drive for the Grizzlies, Skyline dashed their way to the end zone from 21 yards away from the field goal. The third quarter ended with a score of 34-17 lead for the Grizzlies. It was almost certain we were going to take another win to add on to our streak.

The 4th quarter, the last chance at some type of plays to be made. With just only nine minutes left Idaho Falls made a complete pass and a touchdown. The game was neck and neck. They played it out and again with only 4 minutes left the Tigers made another complete pass and scored a goal. It was like a movie, and with only 15 seconds left Idaho Falls scored again. Three complete touchdowns all in a matter of minutes. This left the Idaho Falls Tigers at their first win in almost 8 years. For the 2021 Emotion Bowl the complete score was 38-34. With hard work, great sportsmanship, and the privilege both schools had to play, it paid off.