The Culture of Disrespect 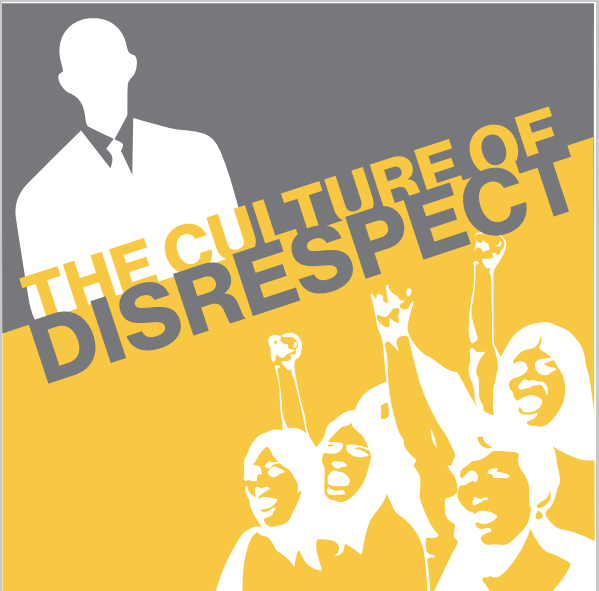 Over the past 2 weeks, Skyline students and staff have been dealing with a rather complex situation regarding lunch. On Feb. 6, students were alarmed to hear that lunch would be ending 10 minutes early and that students were to go to class immediately. As students scrambled to get to class, teachers and administration stood in the hall, ushering students to their classes. This also came as a shock to those who leave campus for lunch. As they entered school without knowing what was going on, they too were ushered to class, some even getting told they were late when class usually doesn’t start for another 10 minutes. As students and staff were entering and being pushed to go to class, it’s safe to say that everyone was lost and unsure how to feel. Later into the day, it was stated on the intercom that lunch would be reduced to 30 minutes and that the fire doors were to be closed during the lunch periods over the following weeks due to the behavior of the Freshman class.

So what was the issue exactly? During the lunch period on the 6th, there was a group of students who were reportedly causing issues in the cafeteria. When administration entered the scene, however, things quickly got out of hand and the result left the school in a state of confusion and anger. As the day came to an end, many students were expressing their anger by posting “open season on freshman” across social media. In addition, many felt as though it was the beginning of an inter-class war.

So why did Skyline’s halls get shut down? In an interview with Principal Aaron Jarnagin, he mentioned why measures were taken: “We had asked the students to move, and yes, there was some disrespect. The situation escalated, and I had decided that enough is enough. We can just end lunch early today.” He then proceeded to end lunch early in order to contain the situation temporarily until a better solution could be found, and thus, closing the fire doors came into play. In addition, Jarnagin mentioned, “The adults in the building love it, but some students have questions. For the school and for supervision and for safety, this is a good thing to do.”

English teacher Suzzette Klein, who has taught at Skyline for many years, believes that there are issues on all sides of the spectrum. When asked about how the Skyline community can improve, she responded with the following, “We say one thing, and we do something completely else. It’s teachers, it’s admins, and it’s not just the upper or lower classmen. We say what our expectations are, but we don’t live up to them ourselves.”

While many would not agree, she does bring up a great point for all to look into. Students and staff have proven that they don’t live up to expectations by, for example, not keeping the school clean. The issue roots down to the base of the social contracts Skyline has tried to implement, but more and more these social contracts are becoming less and less important to those who work, teach, or learn within the building. Due to the lack of knowledge about how students and teachers should teach each other, the school quickly divides itself when conflict arises. “The culture of disrespect here at Skyline is huge, it really is; and teachers have tried to battle that for a long time. And now that the administrators have seen what we deal with on a day to day basis, there was a huge reaction,” Klein added.

On the contrary, Jehu Labrada (9) expressed his side of the story: ”We were talking and messing around with each other in the halls just as friends you know. Jarnigan told us we couldn’t be there. He told us to move and we moved. We were walking in circles and he started following us. He didn’t tell us why. We found out why because a teacher finally stopped us and told us they were going to close down the halls. They threatened all of us with suspension for being there if we didn’t move or go to the cafeteria for something. I felt like they were targeting us because most of us were Mexican, and those who weren’t our race weren’t told to move or anything. Most of us were mad so we started yelling things, yelling at Jarnigan and the teachers telling us to go to class early because we weren’t moving. I don’t think that was right.”

For many here at Skyline, the halls are a place to relieve stress and enjoy the time off class, but many have come to find this statement to be invalid. The clash between students and administrators has been an ever longing struggle that nobody seems to have the answer for. Is it generational? Is it about behavior or ways people act? Upmost, is the amount of disrespect at Skyline something that can even be resolved; or are we doomed to have an everlasting barrier separating students from staff?

In truth, Skyline can flip its ways and become a school where everyone can live and learn in harmony, but it will take effort on both sides to effectively reach this point. As for the students, there are a few key things that must be resolved. First, students will need to start respecting the grounds of Skyline. Every single day there are constant issues regarding the cleanliness of the school. Janitors and staff are constantly working to clean the grounds, but by the time they clean everything there is another issue. Second, students need to respect the rules and social contracts of the facility. The teachers at Skyline are here to teach and educate, not to deal with rude and disrespectful words and actions. Most students attend class to learn and achieve a higher education that will build up to a long and happy life, but distractions such as interrupting class make it hard to teach and learn. In the event that an adult has done something you don’t agree with, try to handle the situation without causing a scene. Talk with the teacher during free time to settle the issues rather than interrupting the entire flow. Additionally, remember that everyone has feelings, emotions, and other things going on that should be taken into consideration when trying to resolve something. Attack the problem, not the person; it’ll end much better than having others get involved.

As for the administration, there are also things that can be done to make life easier at Skyline. First, keep in mind what was stated above; that people have feelings, keep the ground clean, etc. Second, try and handle the situation with students without making a scene. Students are more likely to handle the situation when they are not publicly humiliated in front of their peers. Keep professionality, keep it clean, keep it fun.

At the end of the day, Skyline has the potential to become a safe and productive environment that both students and teachers can thrive in. However, this culture of disrespect, this constant arguing between students and administration, has to come to an end for this goal to be achieved. With heart, care, and respect for those around us, Skyline is bound to be better than ever before.