In 2018, the United Nations released their most recent climate report. It stated that the international community has 12 years to reduce pollution to slow climate change before the conditions of our environment would become too polluted to live in.

This has gathered attention to the growing fear of environmental destruction by people all over the world. However, there is already a goal for people to rally with.

A group of students from all over America have lead a lawsuit against the United States Federal Government, referred to by some as “the biggest lawsuit on the planet.” The case is titled Indiana v. United States, made up of 21 young plaintiffs, ages as young as 11 to as old as 22. They are in a group called Our Children’s Trust, an organization that elevates children’s voices about important topics. The 21 plaintiffs have been referred to as the “Climate Kids” in the media as well.

It started in 2015 as the Climate Kids filed the lawsuit at the end of the Obama Administration era, but it was postponed. The case came back into light as the current Trump Administration has pursued cutting back restrictions on carbon emissions and use of fossil fuels.

The youth argue that the choices of the government and big businesses have lead to the destruction of the climate that the young generation will have to inherit and attempt to fix.

Their main argument is that the devastation of the environment is an infringement of the constitutional rights of Americans, and that all people have the right to a “climate system capable of sustaining human life.”

So far, these kids have struggled to gain any kind of governmental support, a district court decision from Oregon, by Judge Ann Aiken, lead to them having to take the case to the Court of Appeals. Aiken published a 54 page report explaining her decision, stating that she believed it is a constitutional right to live in a climate that can sustain life, but thought it was Congress’s place to take on issues for the climate. The case is now in the hands of the Ninth Circuit Court of Appeals, where the case will be evaluated for the Supreme Court.

Aiken established the rights the kids were advocating in her report, “I have no doubt that the right to a climate system capable of sustaining human life is fundamental to a free and ordered society. Just as marriage is the foundation of the family, a stable climate system is quite literally the foundation of society, without which there would be neither civilization nor progress.”

If Our Children’s Trust wins, the government will have to write a recovery plan to reduce carbon emissions substantially and stabilize the climate– then follow it.

The Trump Administration has blocked this case from the Supreme Court on several occasions, finding ways to postpone the lawsuit. However, every time the case was fought, the Court has refused to postpone or stop the case. Most recently, an petition with 30,000 signatures from youth has been made to push the case into trial; in addition to support from eight Congressman. 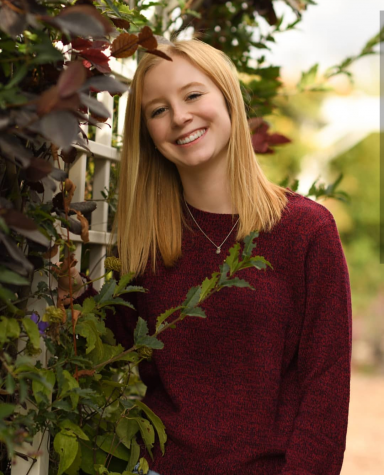 I would like to go into English Literature and Political Science and eventually become a professor. I am a three year debate student who is way too busy....